What is Pupil Premium?

Pupil Premium was introduced by the government in 2011-2012 as an additional contribution to main school funding in order for schools to,

The Pupil Premium is allocated to children from low-income families who are currently known to be eligible for free school meals (FSM) and children who have been looked after continuously for more than six months. A premium has also been introduced for children whose parents are currently serving in the armed forces. Pupil Premium funding was extended in 2012-2013 to include funding for children who have been eligible for free school meals (FSM) at any point in the last 6 years (Ever6) 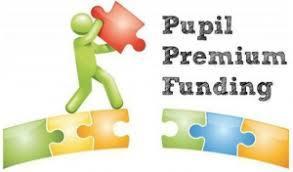 We currently have 2 pupils who qualify for pupil premium.

For the 2022/23 academic year, Springcroft Primary School receives a total of £2,770 in Pupil Premium Funding.

The date of the next Pupil Premium Review is March 2023

England's most disadvantaged pupils, including looked after children, are set to benefit from £600 each after the Department for Education announced next year's Pupil Premium will increase by £112 for each pupil. Read more here: http://www.education.gov.uk/a00200726/disadvantaged-school-children-to-benefit-from-125-billion-funding-from-april-2012

Unfortunately not the ones with chocolate chips.

Some cookies are necessary in order to make this website function correctly. These are set by default and whilst you can block or delete them by changing your browser settings, some functionality such as being able to log in to the website will not work if you do this. The necessary cookies set on this website are as follows:

Cookies that are not necessary to make the website work, but which enable additional functionality, can also be set. By default these cookies are disabled, but you can choose to enable them below: